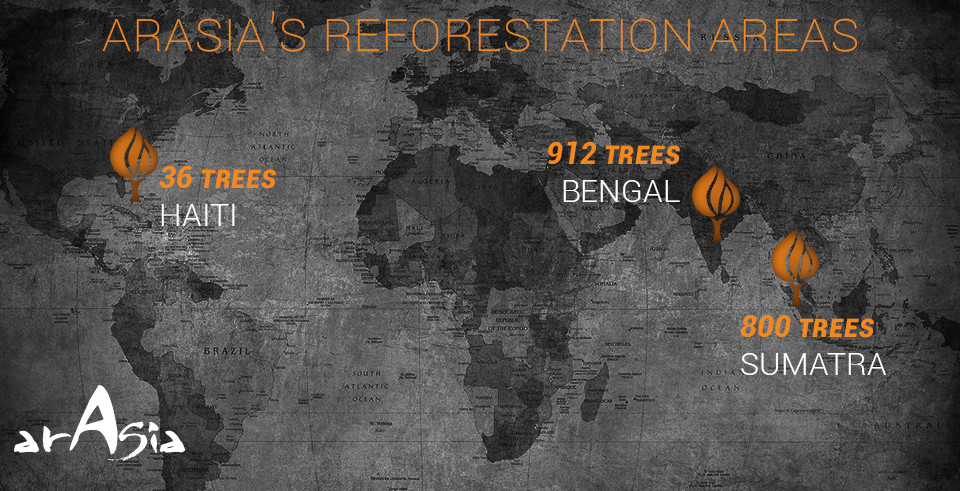 Already 1748 trees planted by Arasia and its customers!
You too participate in our action 1 euro = 1 tree

The earth tells us THANK YOU!

It was in 2007, while flying upon Indonesia by plane, that I really realized the extent of the phenomenon of deforestation ...
I wanted to act at my level and I contacted associations to set up actions and replant trees:

---- >>>> In 2010 ARASIA led an action with the Sumatra Orangutan Society (SOS) to plant 800 trees in the damaged habitat of the Sumatran orangutans. More information..

---- >>>> In 2015, ARASIA launches a new partnership with Mass-Education to plant trees in the Sundarbans, at the feet of the Himalayas. This action contributes to the protection of the Royal Bengal Tiger, a species unfortunately threatened with extinction.

"Man is the only species that has the power to destroy the planet, but also the duty to protect it!"

"Planting a tree is a strong and concrete act for the protection of the environment."

"We have only one planet, it is our future and that of our children." 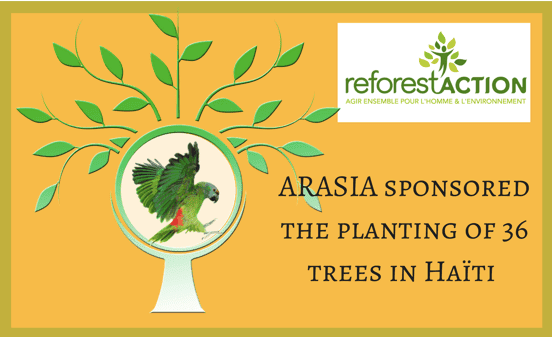