Nataraja is one of the most famous manifestations of Shiva. It is the God of Dance, the cosmic dancer who fluctuates the infinite processes of destruction and creation of the universe. Height 9 cm.

Take part in our reforestation action

Some elements to understand the symbolism of this statue:

Nataraja is represented with 4 arms, his face remains serene and his body balanced in the center of the circle.

He crushes Mulayaka, the dwarf demon symbolizing ignorance and forgetting under his foot.

In one hand he holds a damaru, a small hourglass-shaped drum that gives the pulsation of the cosmos (mâyâ).

Another hand offers comfort to the devotees by performing the reassuring abhaya mudra of blessing.

With another hand he brandishes fire, symbol of destruction and enlightenment through knowledge.

His left foot is raised to allow souls to come and take refuge below.

His wild hair unfurls and shows his power, and he is surrounded by a ring of fire (prabhamandala)

The whole cosmos dances to the sound of Shiva's drum. It is the primitive pulsation allowing the World to exist. Like yin and yang, the dancer and the dance are one.

LEARN MORE ON THE BLOG:

These pretty Indian scarves are very fine and light with pretty geometric and floral patterns and little silver threads. In the shape of a square (90 cm by 90 cm), you can also fold it in 2 for a triangle shape, and tie it around the neck or waist.

This magnetic bracelet is in copper with a magnet at each end. This bracelet combines the benefits of magnetic therapy (vitality, relaxation, pain killer) and the benefits of copper which are anti-inflammatory and anti rheumatic. About 7 cm in diameter and 1 cm high.

This magnets and copper "wellness" bracelet is an ally for weight loss, stress reduction and restful sleep. Approximately 7 cm in diameter and 1.5 cm in height. Adjustable size. 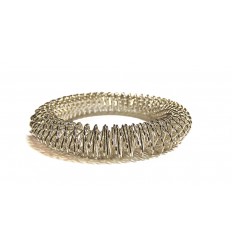 The acupressure bracelet is used for massaging the hands, wrists, forearms and elbows. It is a metal ring made of small triangular shaped spikes that massage and stimulate the reflexology points of your hand. 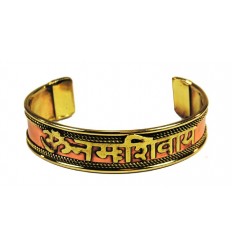 This copper bracelet will bring you the virtues of copper (anti-rheumatism and anti-inflammatory.) Top is engraved with the "Om namah Sivaya" mantra, which is dedicated to the god Shiva. It is suitable for men and women and is about 6.5 cm in diameter and 1.5 cm high. 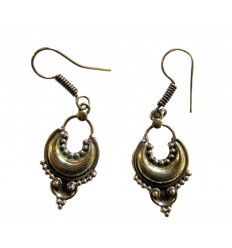 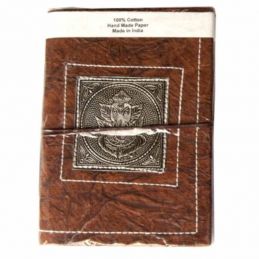 These beautiful notebooks are handmade in India with leather and recycled paper. Ganesh's decoration is metal. They can be used as a travel diary, guest book, diary, to record dreams ... Very good quality and 2 sizes available, with a cord to mark the page or keep the notebook closed 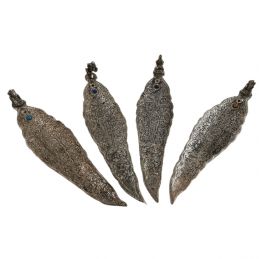 This very pretty leaf-shaped metal incense holder is decorated with plants and flowers patterns, a faceted colored pearl, and a small statuette (Buddha, Ganesh or elephant). It measures between 22 and 23 cm in length and 4 cm in height.

This Indian anklet, all simple and thin, is 24 cm long. The anklets are originally an Indian jewel, but since the 1970s, it is fashionable in western countries.

Discover our collection of anklets. These foot jewels are traditionally worn by Indian women. This "Bollywood" model is ideal to give an exotic touch to your look!

This beautiful Indian anklet is made of zinc alloy, with tight mesh, small hearts, small circles and bells. It measures in length 24 cm. 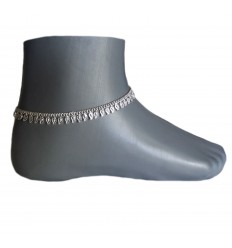 Our anklets are 24 cm long and are traditionally worn by Indian women. This model "leaves" is very elegant and refined. 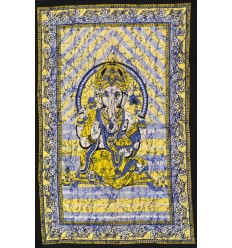 This cotton Ganesh wall hanging measures 2.20m high by 1.20m wide. Its colors are white, black, blue and yellow. Ganesh, the elephant-headed Indian god, is the son of Shiva and Parvati. His home is the Himalayas. 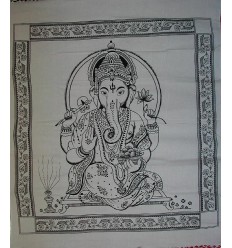 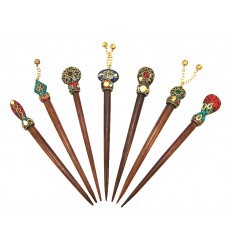 These pretty wooden hairpicks are adorned at the end with beautiful jewelry in Tibetan style. They measure approximately 16 cm in length. The model is sent randomly.

Price €12.00
More
 In stock
7 other products in the same category: 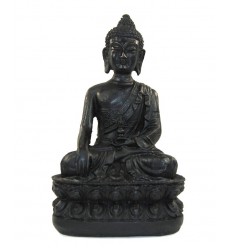 This black resin Buddha measures approximately 13 cm and weighs approximately 140 grams. Sitting in the lotus position, he performs with his right hand the gesture of taking the earth to witness, and his left hand holds a vajra, or dorje. 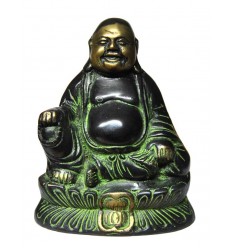 This bronze Chinese Buddha (or Laughing Buddha) is a representation of Butai or Putai, a Chinese Zen Buddhist monk who lived during China's last Liang Dynasty. Its Buddhist name, Quieci, means promise in Chinese. Height 14 cm. 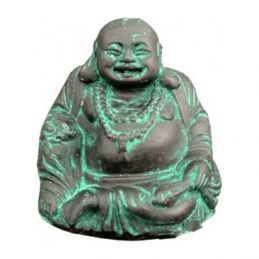 This Chinese Buddha in green resin comes from Nepal. Far from presenting the image of an ascetic life, the big Buddha is not the historical Buddha, who was rather slender. This Buddha brings luck and is found in most Chinese homes as well as in many Asian temples and restaurants. It symbolizes the joy of living, abundance and wealth. Height 8 cm 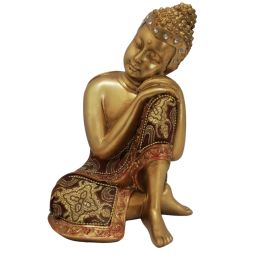 This Buddha in red and gold resin is represented in the position of the thinker. Both hands are resting on the raised left knee, and the head is resting on the hands. The eyes are closed. This position invites relaxation. Height 19 cm, width 13 cm. 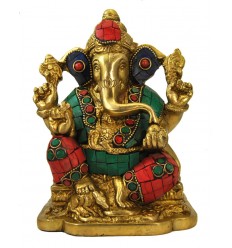 This beautiful black resin elephant, handmade in India, is beautifully decorated with plant motifs and a peacock. The elephant is an intelligent and pacifist animal. It represents a silent force. Height: 10 cm. 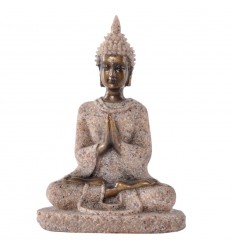 This very pretty soapstone Buddha is 8 cm high. It is the Thai Buddha. Buddhist philosophy advises us to foster positive states of mind: contentment, patience, kindness, wisdom, and compassion. Buddha is seated here in the lotus position, both hands joined in prayer at the level of the heart chakra.