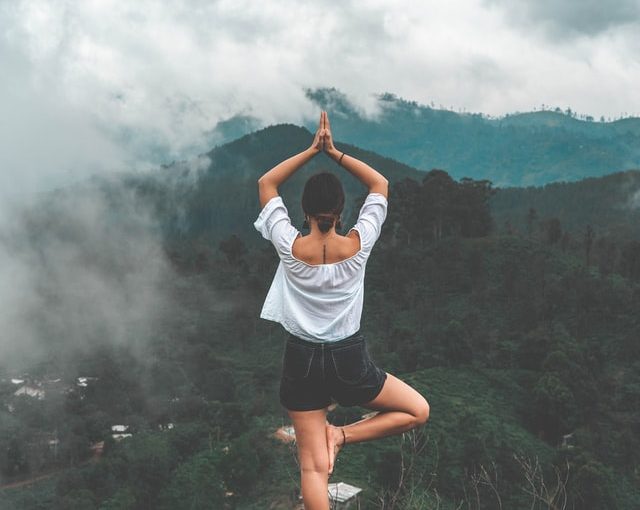 Sanskrit is the sacred language of ancient India, many terms of which are now frequently used in the world of yoga and wellness in general.

With our little Sanskrit lexicon, enter a mysterious world of infinite wisdom!

AHIMSA: This term, popularized by Gandhi, means “non-violence” and “benevolence towards all creatures”. This is the first principle of “yamas”, the codified rules guiding yogis on their path of life.

AUM or OM: primordial vibration of the universe, link between interior and exterior. Represents the four degrees of reality: waking (A), dreaming (U), deep sleep (M) and turya or silence.

AYURVEDA: From “ayur”, “life” and “veda”, “knowledge”, Ayurveda is the traditional medicine of India which dates from the Vedic period. According to Ayurveda, Matter is composed of five elements (the tattvas): earth (prithivi), water (apas), fire (tejas), air (vayu) and ether (akasha). These elements come together in three combinations to form what are called “doshas”, which determine the different “types” of people.

CHAKRAS: The chakras are the energy centers, located along the spine. They are often symbolized by lotuses (padma).

DHARMA: this term designates the natural law, the duty, the wheel of the journey of life.

GUNAS: the material world is made up of three qualities which are the “gunas”. These three qualities are present in living beings and food: “tamas” = laziness and resistance; “Rajas” = energy and movement; “Sattva” = balance and purity.

GURU: “Gu” means shadow and “ru” means light. The guru is a master, a teacher who guides us from shadow to light.

KARMA: means “action”, “movement of energy”. Karma is the law of cause and effect (or law of causation).

KOSHAS: The five envelopes of the human being: the physical, energetic, mental, intellectual and spiritual bodies.

LILA: the divine ballet or “game” of the physical world.

MALA: Hindu rosary. In general, the mala is made up of 108 pearls, a sacred number in yogic mythology. Often composed of natural stones and seeds, it is used to count breaths or mantras.

MANTRA: It is a phrase, sequence of words or syllables, repeated while singing, and / or meditating. This practice is based on the power of repetition.

MAYA: It is the illusion of the physical world and the main cause of our suffering.

MOKSHA: Refers to the liberation of the soul, when it has completed its cycle of reincarnations.

MUDRA: Sacred gestures performed with the hands and fingers. The practice of mudras helps to raise vibrational energy.

NAMASTA: This is a greeting commonly used in India and in yoga classes as a sign of gratitude, benevolence and peace.

NIRVANA: Refers to the liberation of a being from the cycle of rebirth (samsara). The self is no longer separated from the rest of creation and with this state comes intense happiness. This is the goal of the Buddhist and Hindu spiritual journey.

PRANAYAMA: “control” or “mastery” of “prana” ie the breathing techniques of yoga.

SADHU: Holy man who gave up earthly pleasures to pursue a spiritual quest.

SATYA: Means “truth” in the sense of “sincerity”.

SVASTIKA: Very ancient and powerful symbol of luck and protection. It was used by the Nazis who gave it an extremely negative connotation, but today it needs to be given back its true meaning.

YOGA: Indian ancestral art of self-knowledge. Yoga is a holistic practice aimed at training the body, the breath and the mind. It aims for the union of the self and the divine.