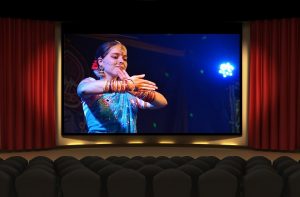 Born of the contraction between Bombay (now Mumbai) and Hollywood, Bollywood refers to an Indian cinematographic genre born in the begging of the twentieth century

As its name suggests, the capital of Indian cinema is Mumbai and Bollywood is the largest film industry in the world.

The Bollywood films are characterized by their duration of about 2 to 3 hours (with an intermission), outdoor shoots which is one of the trademarks of the genre, and colorful choreographies, sometimes soliciting hundreds of dancers with impeccable technique (see our article on mudras here). Choreographies are allied to atypical songs that were traditionally, in Hindi and started to be mixed with English with more Western rhythms thereafter.

In India, cinema is family-oriented (hence the absence of explicit scenes), dedicated to entertainment, and combines drama, romance, comedy, action, music and dance.

It is much more than an art or an industry, it is a culture, an important part in the life of many Indians, who identify with the characters, their adventures and the values ​​they carry.

Bollywood actors are very versatile and their talent is sometimes underestimated by the Western cinema because the intrigues are considered kitsch.

Hindi movies have managed to spread to the rest of the world not only through the diaspora and “neighboring countries” such as Southeast Asia, North Africa and the Middle East but alsotrough Westerners, that areand more are interested in this cinematic genre. Some Bollywood actors succeed in exporting to Hollywood: Aishwarya Rai Bachchan, DeepikaPadukone, Priyanka Chopra…

At Arasia, we have a slight preference for the films: Ram-Leela, Devdas, As Long as I Live, Fanaa and UmraoJaan.

ArasiaShop sells many articles with a Bollywood theme such as the ring bracelet (here), statues of Indian deities (here), Indian scarves (here). 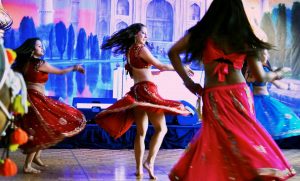 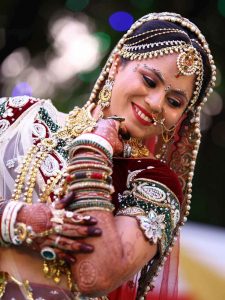 Thank you to  Stéphanie Teko Malonda for this article  🙂